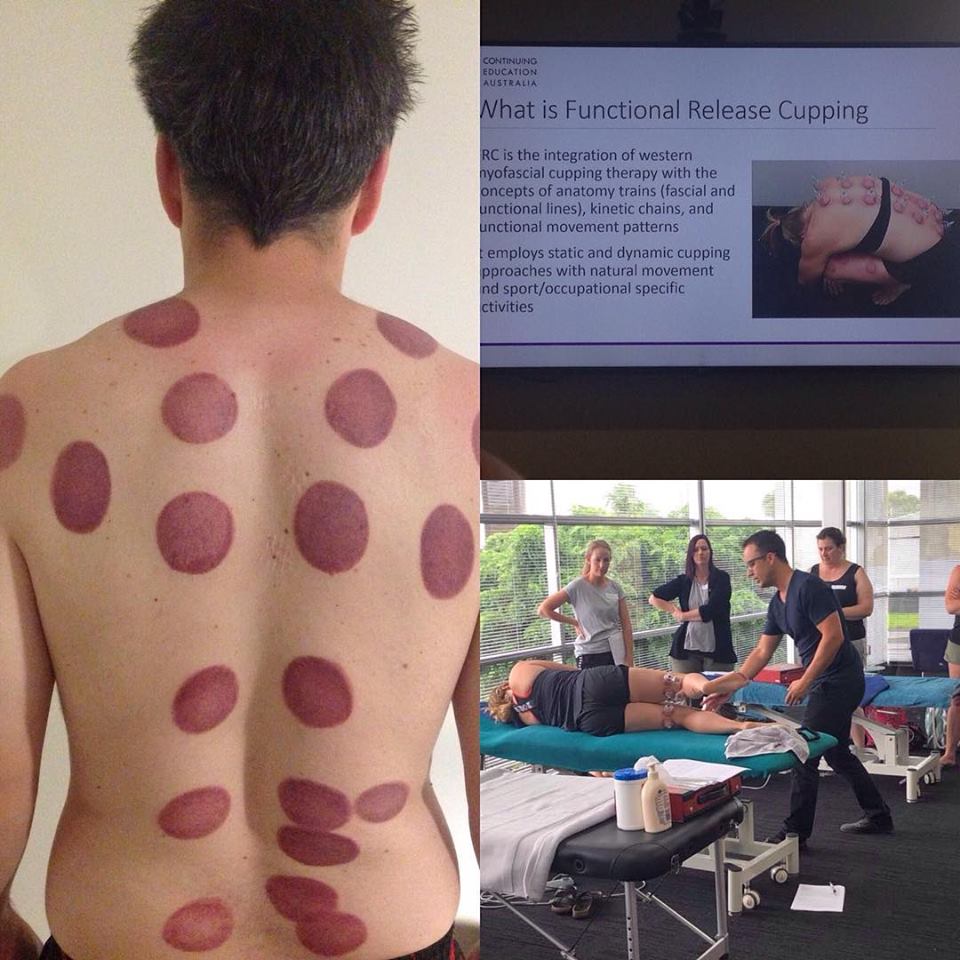 Before we move on to this in particular, a little background about what cupping is.

Cupping has been around for years….many years. One of the oldest medical textbooks in the world, Ebers Papyrus, describes how the ancient Egyptians used cupping in 1550B.C.

These days it is used frequently in Eastern and Western musculoskeletal medicine.  Cupping involves placing a specially designed cup, generally plastic or glass, on your skin for a few minutes under suction.  It is believed to affect the underlying connective tissue, in particular the extremely strong fascia.  Cupping has been hypothesised to help with pain, inflammation, blood flow, relaxation and general well-being.

What is Functional Release Cupping?

Functional release cupping is a relatively new concept that works on applying cups in relevant areas and then integrating dynamic, functional movement to affect a positive change in movement restrictions.

By doing this, Functional Release Cupping aims to : 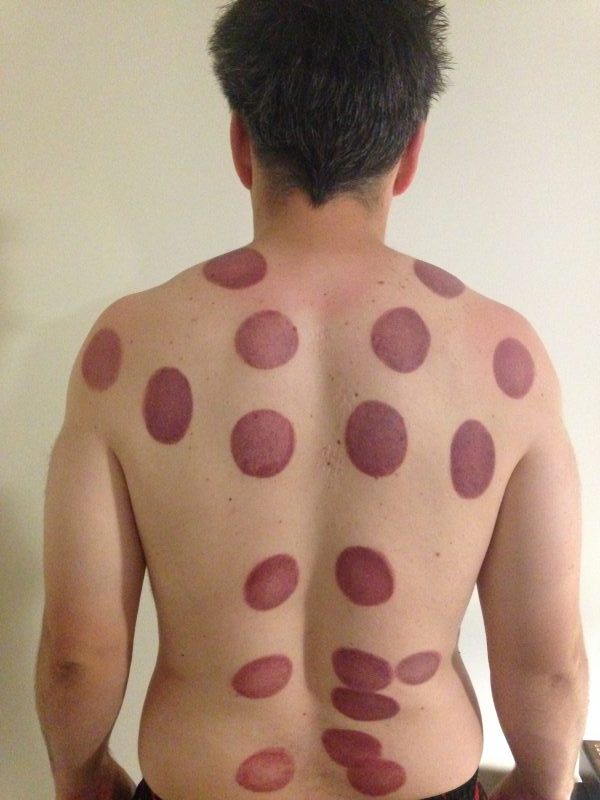 In simple terms we place a cup on the body where restriction is felt, then move that part through a comfortable range whilst slowly pushing it to the outer limits of that movement. As the tissues begin to soften, the range of movement increases until we reach a point where there is no more range to be gained.

Everybody experiences pain differently. The fundamentals of FRC do not allow for pain levels to reach more than 5/10 pain.  The client is largely in control of their movement whilst the cups are on and thus they can dictate their own levels of discomfort.

If it doesn’t hurt, why are the small bruises/spots left behind?

The amazing purple spots that are left behind after cupping are simply the small superficial blood vessels that have burst whilst under pressure from the suction. In Eastern medicine the depth of colour of these spots is believed to have relevance as to how the injury is progressing, although this is not a theory we practice.

Thanks to Continuing Education Australia for the fantastic new skill set.  Vaughan cannot wait to introduce it to his clients that need it.

Previous Post
Active or passive cool down? Which is the best? A review of the literature.
Next Post
Rotator cuff tears – they are not as significant as you think.